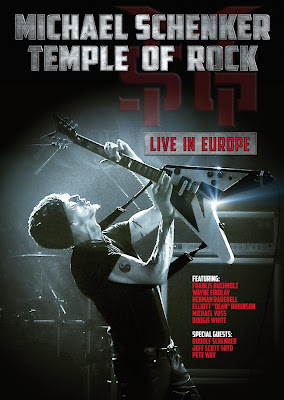 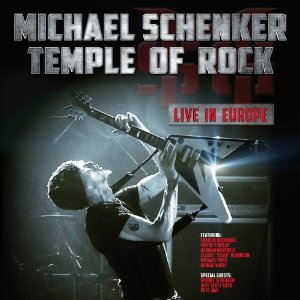 Yes folks, it’s my favourite guitarist once again, with yet more coverage here!
What can I say, Michael Schenker has been covering a lot of bases over the past few years, I don’t think he’s ever been so productive to be honest?!
It doesn’t seem that long ago (2010) that we got the Michael Schenker – Live in Tokyo 30th Anniversary DVD / CD / Blu-ray release, then in 2011 there was the ‘Temple of Rock’ album release supported by a huge worldwide tour, including the US that took in the Detroit suburbs twice, once in March (With Robin McAuley) and then again in October (With David Van Landing) last year. Great gigs both of them.
Review links here:
http://chambersofrock.blogspot.com/2012/03/michael-schenker-live-review-at-harpos.html
http://chambersofrock.blogspot.com/2012/10/michael-schenker-live-at-token-lounge.html
Michael of course then toured in-between US jaunts, over in Europe where he recorded this new release – Released late last year in Europe and in February here in the US. – which in fact captures two shows, the main concert was shot in Tilburg, Germany with the lineup of Schenker, Doogie White (Vocals), Wayne Findlay (Keys/Guitars/vocals), Francis Buchholz (Bass) and Herman Rarebell (Drums), along with special guest vocalist Michael Voss on one track.
Then there are a handful of songs captured at 2011’s High Voltage Festival in London, where Michael Voss takes on all the lead vocals, bar two songs where Voss calls out Jeff Scott Soto (Yngwie Malmsteen, Journey, Talisman, Soul SirkUS) and Doogie White out onto the stage, to sing and then they also joined by Pete Way (UFO, Waysted) as well.

So anyway, this is a pretty good DVD and CD set, the Blu-ray sorry I cannot speak for as sadly I currently do not own a Blu-ray player, but don’t see the point to be honest, although in this case I understand that the Blu-Ray has extra bonus footage of the band in rehearsals in Brighton (England), before they went out ‘Live in Europe.’ 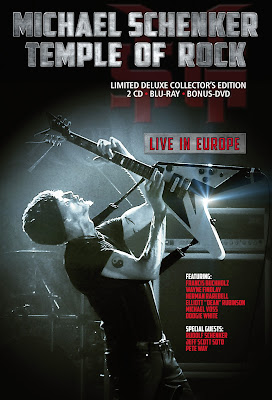