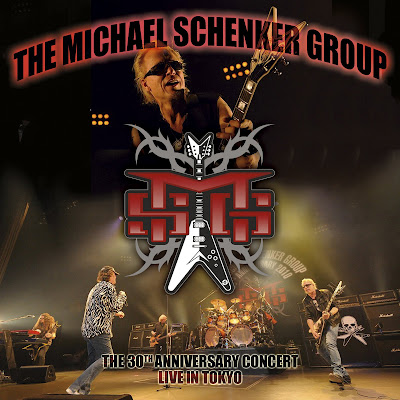 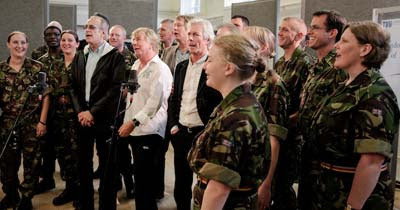 On 26 September 2010, Status Quo will release a brand new version of their classic hit "In The Army Now" through Universal / UMC. All profits from this updated and lyrically-reworked version of a true fan favourite will be donated equally to the British Forces Foundation and Help For Heroes charities.
The former is dedicated to boosting the morale of British troops in whichever theatre they serve, and the latter provides direct support for injured personnel.
Francis Rossi said, "It seemed like the right time to do this. This release is intended to show our support for the Allied Forces around the world, but in particular, of course, the British Armed Forces. We want people to celebrate what they do, say thank you and also support these vital charities."
Rick Parfitt added, "We've even roped the Army in to help us create a stunning video that will really give the song some heavy firepower. We're also lobbying the Government to waive VAT on the single". 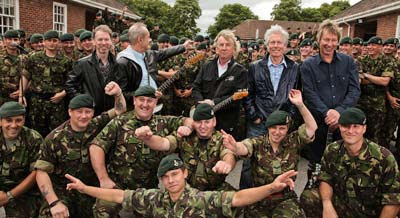 Recorded just weeks ago at the Vestry Hall of the London College of Music, the track was, once again, produced by Pip Williams. This 2010 recording features male and female backing singers from the Corps of Army Music.
The "In The Army Now" single is aimed at refocusing attention on the amazing job being done for us around the world by the Armed Forces and also in raising some much needed funds to better support those who need it most. Status Quo are delighted to get involved with these two charities and hope that the British public connect with the campaign too.
Help for Heroes - http://www.helpforheroes.org.uk/
British Forces Foundation - http://www.bff.org.uk/
Facebook - http://www.facebook.com/group.php?gid=127584357260846
Asia Featured In USA Today ...
The story also features Bachman and Turner, Iron Maiden, YOSO, Steve Miller Band and more 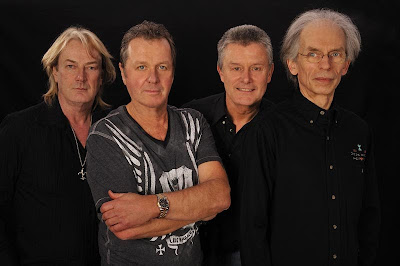 ASIA was featured in a story that appeared in the July 16th USA TODAY about classic rock acts that have returned in 2010 with new albums and tours. Over 6 million readers had access to the story.
The link to the story can be found here:
www.usatoday.com/life/music/news/2010-07-16-retrorockers16_ST_N.htm
ASIA RETURN WITH 2010 NORTH AMERICAN OMEGA TOUR
On August 2, ASIA will kick off its fifth North American tour since its 2006 reformation at The Zeiterion Performing Arts Center, in New Bedford, MA. The 29-city tour will conclude on September 8th at The Moore Theatre, in Seattle, WA. The concerts will feature an all-new light show, and an exciting mix of ASIA standards and hits, as well as selections from OMEGA, the band's new studio disc.
ASIA's 2010 Omega World Tour, which has already brought the band to The UK, Japan, and Europe, now heads to The United States.
Don't miss a date:
www.originalasia.com/index.php?option=com_content&task=view&id=312&Itemid=33
Keep in touch with all Asia activities here: www.originalasia.com/
Posted by cozyal at 10:27 AM No comments: 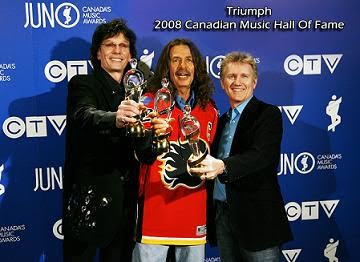 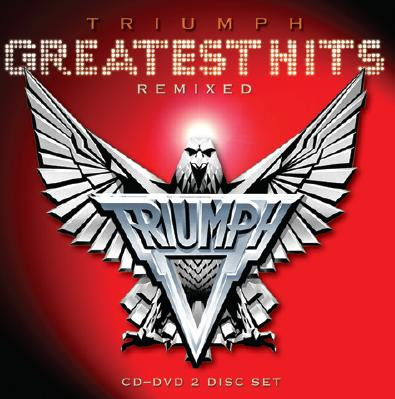 Aerosmith guitarist Joe Perry treated and released after crash
The Boston Globe has covered a report regarding Aerosmith guitarist Joe Perry being involved in a motorcycle crash. Fortunately it seems he's OK.
This from the Boston Globe:
Aerosmith guitarist Joe Perry was injured in a motor vehicle accident this afternoon in Middleborough, police said.
Perry was transported to Morton Hospital and Medical Center in Taunton following the crash, which occurred shortly after 2 p.m., police said.
He was treated and released from the hospital, which admitted him under his real name of Anthony Perry, a hospital spokeswoman said.
Police identified Perry as the operator of a motorcycle that was struck from behind by a sedan on Route 44 eastbound (Plympton Street).
The accident occurred near the intersection with Route 105. It was not immediately clear if Perry was driving at the time or stopped in traffic.
The identity and the make of the sedan being operated by the second driver was not immediately available.The incident is under investigation by police.
Police identified Perry, the Aerosmith guitarist, as the victim in the crash.
The story can be found here: http://www.boston.com/news/local/breaking_news/2010/07/aerosmith_guita.html
Frontiers Records to release TWO FIRES third album “Burning Bright” 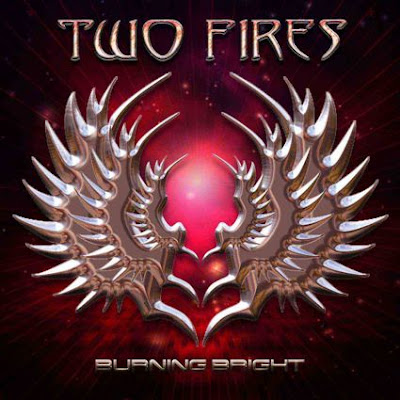 Napoli, July 2010 – Former THE STORM singer Kevin Chalfant returns at the helm of TWO FIRES with the band’s third studio album entitled “Burning Bright” to be released in Europe and Asia on Frontiers Records on September 24th.
TWO FIRES debut album in 2000 was hailed as one of the Melodic Rock highlights of that year, showcasing the return of 2 very well known faces in the Melodic Rock world: singer Kevin Chalfant and guitarist Josh Ramos, both from THE STORM, a band which also featured former Journey members Ross Valory, keyboardist Gregg Rolie and drummer Steve Smith. THE STORM are considered one of the best expressions of Melodic Rock in the 90’s, thanks to 2 outstanding releases, the Self-titled debut album (which sported the US Top 20 hit “I’ve Got a Lot to Learn About Love”) on Interscope and the follow-up “Eye of the Storm” on MFN.
The Two Fires concept came about when Frontiers Records President, Serafino Perugino asked Chalfant if he wanted to put up a new band which could fill the hole left in the fans' hearts by Steve Perry's demise from Journey, and he willingly accepted this new challenge in his career. That is why he teamed up with former bandmate in The Storm, Josh Ramos, on guitar and with the cooperation of worldwide known players such as Kenny Aronoff (Jon Bon Jovi, John Cougar) on drums, Willie Weeks on bass, Jim Peterik (Survivor, Pride of Lions, World Stage) on keyboards created the Two Fires debut album. Produced by Kevin himself together with his old mate George Tutko (XYZ, Alias), “Two Fires” was pure, unadulterated, AOR bliss: a massive masterpiece that re-launched this musical style in the new millennium.
Two Fires also appeared on the cover of the ROCK IT Magazine in Germany and ROCK TIME in France, plus made two live appearances at THE GODS festival in 1999 and 2000, both written in stone as some of the most exciting moments in the history of the festival ever! Two Fires released later another album “Ignition”: another great example of pure melodic rock in the vein of Journey, Boston, Foreigner and classic Bryan Adams, before Ramos and Chalfant got busy pursuing other projects.
Still thanks to Perugino’s request to Kevin Chalfant, TWO FIRES are now back with a superb new release which is set to bring back the concept to the monster debut, with songs that are set to light the hearts and minds of Melodic Rock fans. “Burning Bright” sees a new set of musicians surrounding Chalfant. “I decided to use my live band as much as possible. But I did have several special guests, one being Rex Carroll of Whitecross a wonderful guitarist, another Denny Rockey, an independent Christian music artist” says the singer.
“I wrote more than 20 tracks for this album and I believe the result is a great collection of songs that fit together well” adds Kevin Chalfant. Included on the album is also the superb “Some Things Are Better Left Unsaid”, written by the singer together with Neal Schon (Journey) and Gregg Rolie (ex Journey, Santana and of course The Storm). “That’s a song I wrote with Neal and Gregg in 1993 after I performed live with Journey” tells Kevin “I believe the original design for this song was to be for Journey. I would have to say it is probably one of the stand outs on this cd. When I lived in Northern California then, it was easy to put writing sessions together at Gregg’s cabin. I still have a few more of them up my sleeve. I don't have "favorite" song to speak of. All of the new songs have moments and a special meaning to me. I really love "Answer To My Prayer", "Hold On To Your Dream" and "All For One"... I guess I love the whole album, really.”
A videoclip for “Is It Any Wonder” is in the works and will be previewed during August.
“Burning Bright” final tracklisting includes:
Is It Any Wonder; Lost In The Song; Some Things Are Better Left Unsaid; Epic In The Night; Shattered Without You; Burning Bright; Hold On To Your Dream; Still In Love; Answer To My Prayer; Relentless; All For One.
The songs “Is It Any Wonder” and “Some Things Are Better Left Unsaid” can exclusively be listened in full in streaming on the Frontiers Web radio. Tune in at: www.frontiers.it/webradio 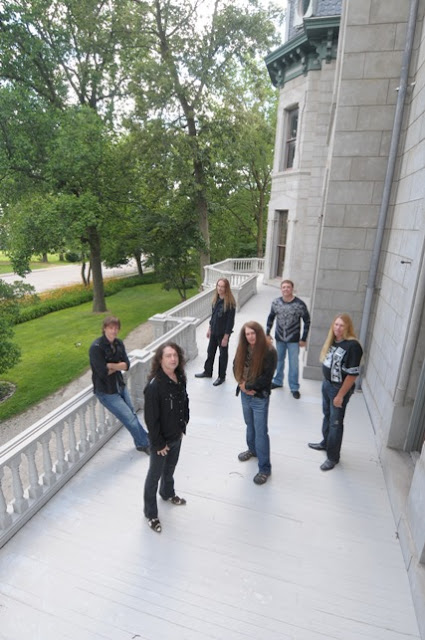 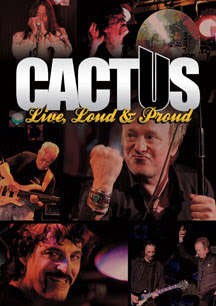