Well, this was another great summer evening for a rock show, especially on the riverfront in downtown Detroit.
Sure there’s the stigma attached to just being in the downtown Detroit area and stories of shootings, etc, then that the city of Detroit is bankrupt, but really being at this show it’s like that’s the last think you’d be thinking of!
This show is one of many in the area in and around Detroit that is for the most a free show …


What people may or may not be aware of though is that to see this show for free – Or any of the other local area ‘free’ shows - means being situated outside of the sectioned off assigned VIP seated area in front of the stage that is set aside typically for up to around 200 lucky punters, to sit pretty comfortably and not in the masses surrounding the VIP area.


As it turned out, we did not have VIP passes when we got there, but that’s another story …
Very kindly a local businesswoman saw Rhonda and I looking frustrated about what had transpired and asked us if we would like two VIP passes …

﻿
Thanks www.MoonMics.com you guys rock!
Ed side note: Drummer's - check these mic's out guys!
There is a Police presence at the gig location and other security on hand which then sadly later on in the show, made it clear why it’s needed when an overly inebriated fan started getting a little out of hand towards the front and required five or six of Detroit’s finest, to ‘man handle’ this guy out and down to the ground.
He was a big lad, clearly intent on wanting to stay and see the show out, but that wasn’t happening. Ah well …

I’ve been lucky enough to cover most Night Ranger shows that have come through the area, not always that close to home and sometimes like this show, they have been like a forty five minute to an hour’s drive away, yet they still kind of fall as to what’s considered a Detroit gig. This one most certainly was though and right on the riverfront!
The intro track, AC/DC’s ‘You Shook Me All Night Long,’ cranked out at a slightly higher level than the music up until the point when the band hits the stage.
They opened with the excellent ‘Lay It On Me’ from their last album, 2011’s ‘Somewhere In California’ and while I love the track, there were some sound problems initially.
‘Sing Me Away’ was next and it all started sounding better and ‘Four In The Morning’ too, great stuff guys! 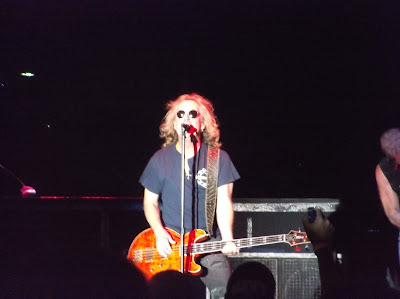 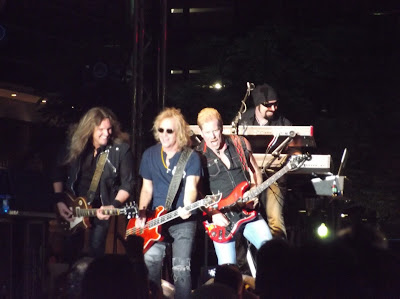 When they introduced Damn Yankees tune ‘Coming Of Age,’ from Jack Blades ‘little side project,’ the crowd sound level went up a notch, most likely due to the Ted Nugent connection and the band seemed to be taking it all in their stride now.
Anything related to Ted Nugent, is always a winner with a Detroit crowd!
Jack Blades is the consummate showman too, as he flirted with the crowd as well as he went walking backwards across the stage dragging the mic stand as he sang with him, just grinning from ear to ear.
‘You know what? We’re having so much fun here, do you mind if we just play whatever we want tonight?’ Jack Blades continued to toy with the crowd and received a huge roar of approval.
He asks the crowd, ‘So … How many of you know that Brad (Gillis) here used to play with Ozzy Osbourne?’It seems plenty from the response, he then says, ‘How many of you didn’t know?’Foolishly a few hands went up and Jack says, ‘Well, it’s about time you did!’

He went on to explain about how the sad turn of events in the loss of Randy Rhoads, led to Brad being asked by Ozzy to step in last minute to complete the pre-arranged tour dates, before then returning to the Night Ranger fold and recording ‘Dawn Patrol,’ their first album.
Jack turns to the band, ‘Hey, do we know any Ozzy stuff?’
Brad kicks off the riff to ‘Crazy Train’ and the band follows suit and the crowd go nuts!
Fellow guitarist Joel Hoekstra seems to take the lead vocal role here and does very well, although Jack does share some too.
Fun stuff … 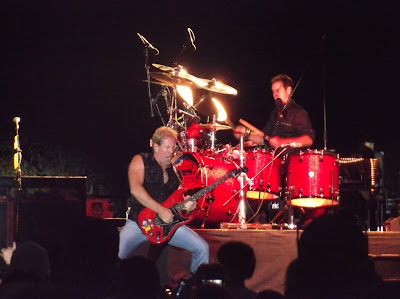 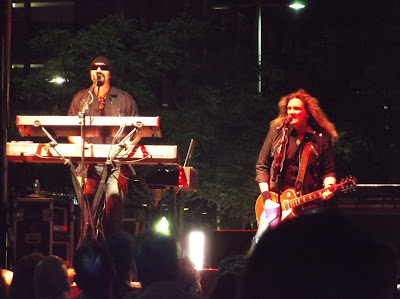 Next up Jack spoke of the movies that they’ve done soundtracks for and introduced ‘Secret of my Success’ next which sounded as good as ever.
They really have written some fantastic songs.
‘Eddie’s Comin’ Out Tonight’ from ‘Dawn Patrol’ next still sounds as strong today as ever too. I love it! 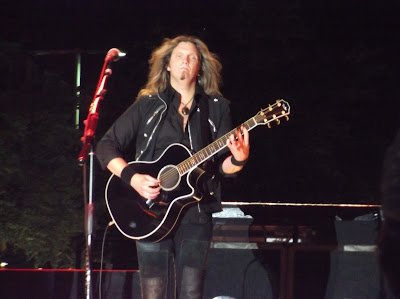 
It was then time for Jack to make a little fun of Joel Hoekstra, as Joel brought an acoustic guitar out, ‘Doesn’t he look like Johnny Cash folks? You walkin’ the line there Joel?!’
Jack then adds, ‘We’re going to play another Damn Yankees son for you, is that good?’
‘High Enough’ hit the audience just as well as ‘Comin’ Of Age’ did and the cheers reflected the crowd’s more than happy approval. 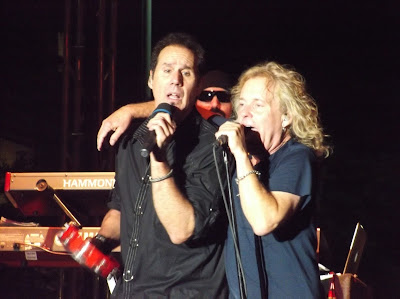 ‘When You Close Your Eyes’ rolled into ‘Don’t Tell Me You Love Me’ which the latter included the band taking things down a little with a few lines of ‘Hotel California’ before picking up the pace with a couple of lines from Deep Purple’s ‘Highway Star’ and then we had reached the end of the set. 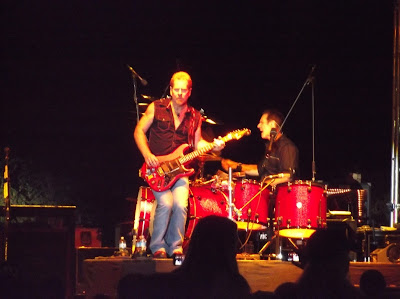 The crowd created enough noise to bring the band back out again and Kelly Keagy introduced the band, ‘Eric Levy on keyboards, Joel Hoekstra on guitar, Brad Gillis!!!
On bass guitar and lead vocals, the Damn Yankee … Jack Blades!’


Jack of course returned the favour with the introduction of ... ‘Kelly Keagy!’

Plenty of appreciation all round from the crowd and they continued with ‘Sister Christian.’ Wonderful!
Jack then proceeded to thank all the local Detroit rock radio stations over the years that have supported Night Ranger and they close the night with the only song they could, ‘You Can Still Rock In America!’

So no complaints from the crowd, who seemd to go home happy, I personally wished they had given us a little longer of a set as there were plenty more well known songs they could’ve given us, but they were – as always – very good indeed!

Live, Night Ranger is one tough act to beat!
Thank you guys for so much great music, please keep it coming!
Looking forward to the new album next year, although I wish it would be here sooner!